“Tarnation, woman! Nothin’ worse than bein’ late for a killin’!” 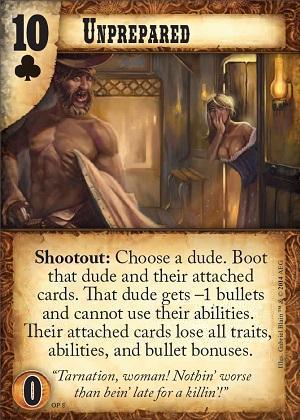 The image is named with the correct OCTGN id followed by "-promo". To use this image in place of the core set version, rename the core set card to something else, then remove the "-promo" from this card's filename.